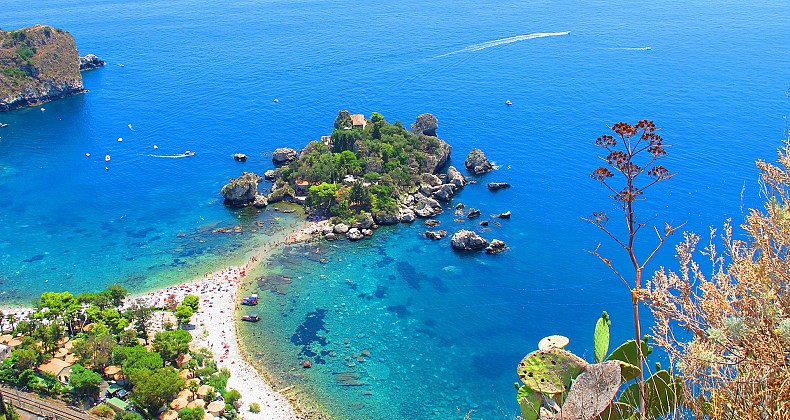 Taormina is a small city and comune in the Metropolitan City of Messina on the east coast of the island of Sicily, Italy, midway between Messina and Catania. Taormina has been a tourist destination since the 19th century. Its beaches, the most famous being 'Isola Bella' are accessible via an aerial tramway built in 1992 on the Ionian sea and via highways from Messina in the north and Catania in the south.